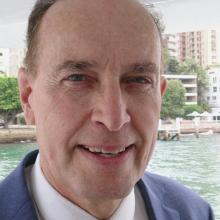 from University of Technology Sydney

Percy Allan lives in Sydney and advises on public policy, finance and management.

He has helped national and local governments in China, India, Thailand, Mongolia, Philippines, Indonesia, Kazakhstan and the Pacific Islands to reform their financial management. He has also conducted major official inquiries in Australia into local government, builders warranty insurance and the finances of the Northern Territory. He has reviewed and advised over 30 local councils on their financial sustainability.

In 1996 Percy was awarded an Order of Australia for his contribution to public sector reform while he was Secretary (Head) of the NSW Treasury and Chairman of the NSW Treasury Corp between 1985 and 1994. These included adopted modern accounting and budgetary processes, the corporatisation of state trading enterprises and the conceiving of IPART.

After leaving Treasury he was Finance Director of Boral Ltd, one of Australia’s largest building materials companies, from 1994 to 1996 where he overhauled the group’s financial management which got featured in CFO magazine.

From 1999 – 2007 he chaired the NSW Premier’s Council on the Cost and Quality of Government that reviewed the management capacity and performance of 25 state government departments.

Between 2010 and 2012 he was National President of the Australian Institute of Public Administration, the professional body of the national, state and local government sectors.

He is a Visiting Professor at the Macquarie Graduate School of Management, one of Australia’s leading business schools. He also founded and chairs the Reform Club, a non-partisan public policy forum sponsored by the ASX that meets quarterly to hear and question senior ministers and officials about their plans for improving public services.