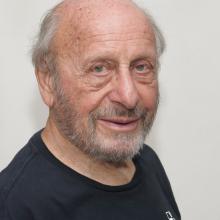 Professor Emeritus Geoffrey Harcourt AO is Emeritus Reader in the History of Economic Theory, University of Cambridge (1998), Emeritus Fellow, Jesus College, Cambridge (1998) and Professor Emeritus, University of Adelaide (1988). His research interests include history of economic theory, intellectual biography and Post-Keynesian theory, application and policy. Now 'over sixty years a [Post-]Keynesian', he has authored, co-authored, edited or co-edited 33 volumes, as well as over 400 articles, book chapters and reviews. One of his latest works is the two-volume Oxford Handbook of Post-Keynesian Economics, jointly edited with Peter Kriesler. Geoff is a Fellow of the Academy of Social Sciences in Australia and in the United Kingdom, an Officer of the Order of Australia, and a Distinguished Fellow of the Economic Society of Australia, The History of Economics Society USA, The European Society for the History of Economic Thought and The History of Economic Thought Society of Australia. He was the 2010 Joint Veblen - Commons Awardee of the Association for Evolutionary Economics USA, given the Distinguished Alumni Award of the University of Adelaide ‘in recognition of his outstanding leadership and contribution nationally and internationally in the field of economics’, and elected a Fellow of the Royal Society of NSW (FRSN) in 2016.