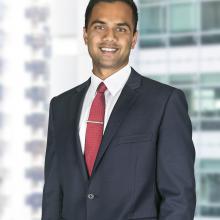 Vince De Zoysa is a Senior Analyst - Research at Jones Lang LaSalle (JLL). Vince’s key role at JLL is the analysis of the Australian housing market and its interaction with the Australian economy. As a keen public speaker, Vince has presented on the housing market to clients such as the Commonwealth Bank of Australia, National Australia Bank, Industrial and Commercial Bank of China, Sumitomo Mistui Bank and Credit Suisse to name a few. His reports have been mentioned across the Australian media outlets including The Australian Financial Review and The Australian newspapers. Vince has an Honours degree in Economics from the University of Wollongong and is a Councillor for the Economics Society of Australia (NSW Chapter).