The Fiscal Response to COVID-19 - ONLINE ONLY 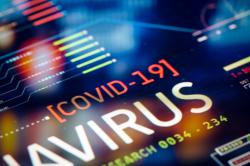 Australia's fiscal response to COVID-crisis: too hot, too cold or just right?

Shane Wright (Age/SMH) will lead a panel of academic and policy experts in analysing the fiscal response to the COVID crisis by Australian governments. Have governments done enough to respond to the economic fallout from the crisis? Where to from here? And how will we pay for it?

Shane Wright is the Senior Economics Correspondent for The Age/Sydney Morning Herald since Dec 2018.  He was the Economics Editor for The West Australian 2006-2018. Shane started in the Press Gallery in 2000 with Australian Associated Press, becoming its federal economics correspondent in 2005.  Shane also worked for The Border Mail, The Wagga Daily Advertiser and The Cootamundra Herald.

Apart from that, you can see him on Insiders, The Drum, Sky News and the like.

Steven Hamilton is Assistant Professor of Economics at The George Washington University in Washington, DC, and Visiting Fellow at the Tax and Transfer Policy Institute at the Australian National University. Steven is a tax economist who uses tax data to uncover the effects of taxes on behaviour in order to inform the design of better tax policy. He has a PhD and MA in economics from the University of Michigan, and a Bachelor of Economics with First-Class Honours from the University of Queensland. Before graduate school, Steven worked on budget policy at the Australian Treasury.

Richard Holden is professor of economics at UNSW Business School. He is one of Australia’s leading economists. Professor Holden received a PhD from Harvard University and was a faculty member at MIT and the University of Chicago before returning to Australia. He has published in the leading economics journals such as the Quarterly Journal of Economics, American Economic Review and Review of Economic Studies. His popular writings have appeared in outlets such as the New York Times, Australian Financial Review, The Australian and The Conversation. He is a fellow of the Econometric Society, and of the Academy of Social Sciences in Australia.

Nicki Hutley is a senior partner at Deloitte Access Economics. She is a highly experienced economist, with broad-based expertise in macro- and micro-economic modelling and analysis, gained over nearly three decades of practice in financial and investment markets and consulting. Working for all levels of government, the private sector and not-for-profits, Nicki’s work has encompassed issues as wide as modern slavery, housing affordability, and climate change. She is passionate about improving the quality of lives – from economic, social and environmental perspectives – through well-reasoned policy. Nicki is a regular commentator on economic and financial issues in the media, including as a regular panellist on The Drum and The Project.

Danielle Wood is the Budget Policy and Institutional Reform Program Director at the Grattan Institute. Her research and advocacy efforts focus on economic policy and institutions, including tax and budgets, economic reform and government integrity. She is a regular media commentator and speaker on policy issues. In a past life, Danielle worked at the ACCC, at NERA Economic Consulting and the Productivity Commission.

Danielle is the National President of the Economic Society of Australia.

To register please book online below.  The link to join this webinar will be included in your auto-generated invoice email - please look out for this and keep it safe until the webinar is due to be broadcast.  Note, these emails sometimes get caught in spam folders.