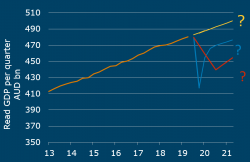 The worst case economic scenarios formulated when COVID-19 hit our shores earlier this year are now thankfully are being ruled out.  As our economy moves through the various stages of reopening, what are macroeconomists thinking now? By how much will GDP fall and unemployment rise? What other indicators should economists also be focusing on?

We talk to leading economists, Felicity Emmett, Kaixin Owyong and Su-Lin Ong to get their read on the outlook for the coming 12 months.  The session will be moderated by Elysse Morgan.

This WEN webinar has been organised by the ACT WEN Branch as part of the ESA/WEN National Seminar Series.

Felicity Emmett is Senior Economist in the Australian Economics team at ANZ. She is responsible for analysis and forecasting of key Australian macroeconomic indicators, as well as thematic research on the Australian economy. She also provides specialist analysis on topical issues, including the policy outlook. Felicity publishes regular and ad-hoc reports and presents to internal and external, domestic and international clients. She also provides regular media commentary on key local economic issues.  Felicity has more than twenty years’ experience as an economist in financial markets. Prior to joining ANZ, Felicity worked as a Senior Economist for the Royal Bank of Scotland, a Senior Economist at ABN AMRO Australia, and as an Economist for BZW Australia. 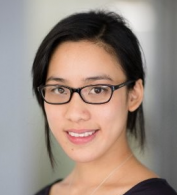 Kaixin Owyong is an Economist and member of the Global Markets Research team at NAB. She has a keen interest in using data and economic frameworks to generate insightful analysis. Prior to joining the NAB, Kaixin worked as an economist at the Reserve Bank of Australia, working in the Economic Analysis Department, and tutored economics at the University of Melbourne. Kaixin holds a Bachelor of Commerce with first class Honours in Economics and a Diploma of Global Issues from the University of Melbourne.

Kaixin was involved in founding the Women in Economics Network (WEN) for NSW.

Su-Lin Ong is a Managing Director of RBC Capital Markets, Chief Economist & Senior Relationship Manager. She has led the Economics & Fixed Income Strategy team for AU/NZ since 2010 and was Head of AU Research, including oversight for equity research, from 2015 to 2019. In August 2019, she began a newly created role to help foster senior relationships with RBC’s key clients.  Su-Lin is part of the global strategy team with primary responsibility for formulating and presenting RBC’s AU/NZ macroeconomic outlook, cash rate view and bond yield forecasts.  She works closely with sales and trading across fixed income, currencies, and equities in Australia as well as key RBC offices across the globe. Su-Lin is an Executive Member of The Australian Business Economists, CEDA’s Economic Policy Committee, and sits on the Women in Banking and Finance Board. She is also a founding member of RBC’s Diversity Council, RWomen Committee and actively involved in their mentoring and charity programs including Lou’s Place and Ronald McDonald House, Randwick. She is an ambassador for the RBA’s Women in Economics initiative and supports a number of initiatives aimed at building pipeline economic talent, especially female

Elysse Morgan hosts The Business on ABC TV and ABC NEWS Channel from Mondays to Thursdays. An award-winning journalist with a specialist business and finance background, Elysse has been at the ABC for almost a decade. Prior to that Elysse worked at Sky News. After joining the ABC as a rural reporter focusing on trade and resources, her specialist knowledge saw her promoted to ABC News's national finance round. After two years of co-hosting, Elysse is now the host of ABC's The Business.

To register please book online below. The link to join this webinar will be included in your auto-generated invoice email - please look out for this and keep it safe until the webinar is due to be broadcast. Note, these emails sometimes get caught in spam folders. Timing of this event is AEST.