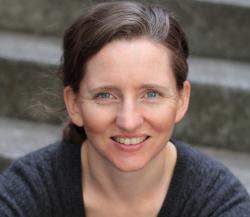 Each year the Economic Society of Australia offers four awards at the national level to honour distinguished Australian economists. The awards are:

These awards are usually announced at the Australian Conference of Economists. As the 2020 conference was not held, we are pleased to announce the winners of the awards following the 2020 Young Economist Address, also held over from the conference, as part of this webinar.

2020 Young Economist Address: On the Young and Economists in the Covid Era

In this talk, 2019 ESA Young Economist of the Year Professor Gigi Foster will share her research findings and reflections related to the Covid-19 crisis in Australia, focussing especially on what it means to be young and what it means to be an economist in Australia today.  One of the country’s most outspoken critics of wholesale lockdowns as the most welfare-promoting policy response to Covid-19, Professor Foster will explore why and how Australia’s economically devastating policy settings were erected in the first place and then sustained, in the face of growing scientific evidence that they were inappropriate – and what Australian economists’ role has been, and could have been, during the Covid crisis.  As part of the discussion she will share some quantitative results from her own recent research exploring the damaging impacts of wholesale lockdowns on the present and future Australian labour market, highlighting the harm felt by our young people today and in the future.  She will also offer reflections on the revealed ideals of the profession in Australia today, and how economists can better serve the country going forward, drawing on her many experiences since March 2020 in attempting to shift both public and political support towards a more sensible policy response to Covid.

About our Speaker (Recipient of the 2019 Young Economist Award)

Gigi Foster is a Professor with the School of Economics at the University of New South Wales, having joined UNSW in 2009 after six years at the University of South Australia.  Formally educated at Yale University (BA in Ethics, Politics, and Economics) and the University of Maryland (PhD in Economics), she works in diverse fields including education, social influence, corruption, lab experiments, time use, behavioural economics, and Australian policy.  Her research contributions regularly inform public debates and appear in both specialised and cross-disciplinary outlets (e.g., Quantitative Economics, Journal of Economic Behavior and Organization, Journal of Population Economics, Journal of Economic Psychology, Human Relations).  Her teaching, featuring strategic innovation and integration with research, was awarded a 2017 Australian Awards for University Teaching (AAUT) Citation for Outstanding Contributions to Student Learning.  Named 2019 Young Economist of the Year by the Economic Society of Australia, Professor Foster has filled numerous roles of service to the profession and engages heavily on economic matters with the Australian community.  As one of Australia’s leading economics communicators, her regular media appearances include co-hosting The Economists, a national economics talk-radio program and podcast series now in its fourth season, with Peter Martin AM on ABC Radio National.

Note on Timing of this Event