Lisa Cameron is a Professor in the Department of Econometrics at Monash University. She is an empirical micro-economist. Her research focuses on social and economic issues in Asia – predominantly Indonesia and China – including evaluations of policy impacts. She has worked as a consultant to many international organisations including recently as a principal investigator on World Bank/Gates Foundation evaluations of large scale sanitation interventions in Indonesia and Laos; and as a member of the Analytical Research Unit of one of DFAT’s largest programs – Empowering Indonesian Women for Poverty Reduction (MAMPU). She has been on the Editorial Board of Australia’s leading economic journal, the Economic Record. She is an International Research Fellow at Cambridge University’s Centre for Research in Microeconomics and an Affiliated Professor at J-PAL, MIT's Poverty Action Lab.  She holds a Phd from Princeton University. In 2013 she was appointed a Fellow of the Australian Academy of Social Sciences. 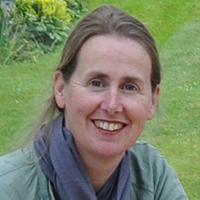