His field of expertise is international macroeconomics and finance and he has previously served as an International Consultant Economist with the IMF Institute and as an economist in the Australian federal departments of Finance, Foreign Affairs and Trade, The Treasury and Prime Minister and Cabinet. He has also been Australian convener of the structural issues group of the Pacific Economic Co-operation Council (PECC).

He has published widely on Australian and international macroeconomic policy issues and is the author of the monographs Global Finance and the Macroeconomy and Global Imbalances, Exchange Rates and Stabilization Policy and International Macroeconomics and Australia’s Competitiveness: Reversing the Slide, as well as many journal papers and book chapters. Over the years, he has also written for The Australian Financial Review and The Australian. 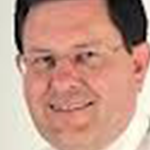