Flavio Menezes is Professor of Economics at the University of Queensland, the immediate past President of the Economic Society of Australia (QLD), and the Chair of the Queensland Competition Authority. He was the Chair of the Economics and Commerce Research Evaluation Committee for ERA 2018, Deputy Chair of the Queensland Competition Authority from 2016 to 2018, Head of the School of Economics at UQ from 2009 to 2015, founding Director of the Australian Centre of Regulatory Economics at the ANU, and Vice President of Charles Rivers International. He has published extensively on the economics of auctions, competition, and regulation. He has also has been in the forefront of providing economic advice to governments and private organisations. He has advised the Federal and State Governments, and Federal and State agencies, on market design issues in regulatory environments, as well as various private and public organisations on mergers, competition policy and regulatory issues in defence, gambling, natural resources, energy, water, banking, health, transport, and telecommunications. Outside of Australia, he has provided advice on privatization of public utilities, reform of electricity regulation, competition issues in banking, health, telecommunications, and dairy industries and he has reviewed government procurement practices. 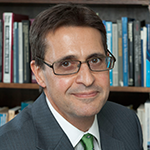