James Morley holds a Professorship in Macroeconomics at the University of Sydney. He received his PhD from the University of Washington in 1999 and has previously held academic appointments at Washington University in St. Louis and the University of New South Wales, most recently as Associate Dean (Research) of the UNSW Business School from 2014-2017. He is an Academic Fellow of the Reserve Bank of New Zealand and has been an visiting scholar at various policy institutions worldwide, including the Bank of Canada, Bank Negara Malaysia, and the Bank for International Settlements. He is a former President of the Society for Nonlinear Dynamics and Econometrics and is currently Co-Editor of the Economic Society of Australia’s flagship journal, the Economic Record. His research focuses on the empirical analysis of business cycles, stabilization policy, and sources of persistent changes in macroeconomic and financial conditions. 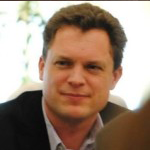