Dr Joaquin Vespignani was appointed as a Lecturer in Economics and Finance at TSBE in June 2012. He is also a research associate of the Centre for Applied Macroeconomic Analysis, Australian National University and the Globalization and Monetary Policy Institute, Federal Reserve Bank of Dallas. Previously, Dr Vespignani has worked as a Principal Economist for Australia and New Zealand for one of the largest investment bank worldwide. In 2015, Dr Vespignani has been identified by the Repec Ranking system as one of top young economist globally (under less than 5 years of PhD graduation). By April 2015, He ranked at number 24 globally and number 1 in Australia. He has published several papers in A* and A journals on Australian Business Deans Council (ABDC) list including article in international recognised journals such as: Journal of Banking and Finance, Energy Economics and Economics Letters. 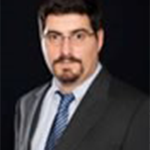