Dr Doug McTaggart is an independent non-executive director sitting on the board of the Suncorp Group, and chairing its Audit Committee.  He is also Chairman of the QIMR Berghofer Institute of Medical Research.

Doug is a member of the Prime Minister’s Expert Advisory Panel on the Reform of the Federation, advises the Northern Territory Government as a member of its Economic Development Advisory Panel, is member of Council of the ANU and is also a council member for the Queensland Division of the AICD.

In June 2012, Dr McTaggart retired after 14 years as Chief Executive of QIC.  Prior to this appointment, Dr McTaggart held roles including Professor of Economics and Associate Dean at Bond University (1989-1996), and then Under Treasurer, Queensland Department of Treasury (1996-1998).

Dr McTaggart has held various positions on industry bodies and public interest groups, including Director and Chairman of IFSA (now the Financial Services Council), President of the Economic Society of Australia, Director of CEDA, and member of the Australian Accounting Standards Board (AASB).

He has an Honours (1st Class) degree in economics from the ANU, a Masters and PhD from the University of Chicago, and a DUniv from QUT. 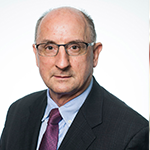