Paul is a Professor of Economics at the University of Queensland, as well as an Adjunct Professor of the Research School of Economics at the Australian National University. His CV includes numerous publications in top economic journals, journalistic articles in the Australian and other newspapers, and media interviews with the Economist, and the Wall Street Journal (among others). He was also voted Australia's best economist under 40 in 2009. He is the author of the book "An Economic Theory of Greed, Love, Groups, and Networks" as well as contributing to several textbooks. 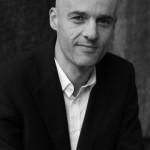