This month's poll is our first NEP poll on gender diversity. It was developed with the ESA Women in Economics Network.

Proposition: "The recent Parliamentary Inquiry into "Gender segregation in the workplace and its impact on women's economic equality" was asked to examine measures to encourage women’s participation in male-dominated occupations and industries. Although there is growing awareness of the productivity gains of gender diversity, the private market alone is unlikely to steer the Australian labour market toward gender equality in male-dominated industries. Breaking down gender segregation in the labour market can only be achieved with some degree of government intervention."

Collaborator credits: we would like to thank the state and national committees of the ESA Women in Economics Network (WEN) for their assistance in selecting and framing this poll question. We would also like to thank Alison Preston and Andreas Leibbrandt for their expert overviews of the results. 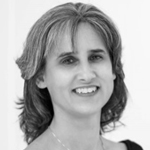 Recent decades have seen profound changes in the Australian labour market. Key amongst them has been the significant growth in women’s participation in full-time employment and the growth in non-standard and more flexible forms of employment.

Government interventions to address labour market gender imbalances are often contentious. In a new working paper, we show that in a representative sample 42% support gender quotas to increase female leadership in organisations, whereas 39% oppose such an intervention (only 20% are indifferent). Such low levels of agreement for gender quotas are common and point to the need to investigate the opposing opinions before their implementation.