Gary Banks is Dean of the Australia and New Zealand School of Government. He was Chairman of the Productivity Commission from 1998-2012, where he personally headed a variety of public inquiries on major microeconomic reform issues.  He also had responsibility for the Office of Regulation Review and, in 2006, led the Prime Minister’s Regulation Taskforce. He has worked as an economic consultant and for international organisations and currently chairs the OECD’s Regulatory Policy Committee.  He is also a director of Macquarie Bank and a member of the Prime Minister’s Business Advisory Council. Gary Banks is a Professorial Fellow at Melbourne University and Adjunct Professor at ANU. He is a Fellow of the Academy of Social Sciences Australia and National Fellow of the IPAA, for whom he delivered the 2013 Garran Oration. His contributions to public policy have been recognised in the Economic Society’s inaugural Distinguished Public Policy Fellow Award (2014) and the Order of Australia (2007). 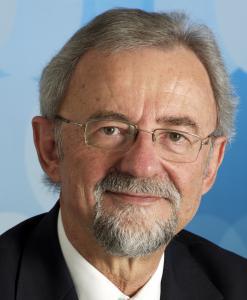