Henry Ergas is Professor of Infrastructure Economics at the University of Wollongong’s SMART Infrastructure Facility. From 1978 to 1993 Henry was at the OECD in Paris where amongst other roles he headed the Secretary-General’s Task Force on Structural Adjustment and was Counsellor for Structural Policy in the Economics Department. He has taught at a wide range of universities, including the École nationale de la statistique et de l'administration économique in Paris (1980-1990), the Kennedy School of Government at Harvard (1994-1995) and Monash University in Melbourne (1988-1990). He chaired the Intellectual Property and Competition Policy Review undertaken by the Howard government in 1999-2001, and was a member of the Export Infrastructure Review in 2005. Henry is a lay member of the New Zealand High Court and a columnist for The Australian. 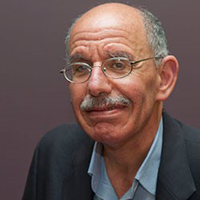