Paul Frijters completed his Masters in Econometrics at the University of Groningen, including a seven-month stay in Durban, South Africa before completing a PhD at the University of Amsterdam into wellbeing in Russia during the transition. He is currently a Professor in Wellbeing Economics at the LSE, teaching the Masters Course in Wellbeing and Public Policy. Professor Frijters specializes in applied micro-econometrics, including labor, happiness, and health economics, though he has also worked on pure theoretical topics in macro and micro fields.

Paul currently advises the UK government and others on how to implement wellbeing policies at the national and regional level.

Before joining the LSE, he was the Research Director of the Rumici Project, an international project into the migration from the countryside to the cities in China and Indonesia, sponsored by ministries, the World Bank, the Ford Foundation, and many others, tracking 20,000 individuals for many years. In 2009 he was voted Australia's best young economist under 40 by the Australian Economic Society.

Paul publishes regularly in top 50 economics journals (AER, EJ, JHR, HE, JHE, JEBO), as well as inter-disciplinary outlets and Handbooks. He has (co-)authored around 150 papers, 6 books and is in the top 1% of cited economists.

Paul is interested in all aspects of social science, but particularly wellbeing and public policy. He has in the past worked as a health economist, a labour economist, a specialist on the economics of China, and an econometrician. He does lab experiments, field experiments, big data analyses, simulation modelling, macro-modelling, econometric theory, and field work. 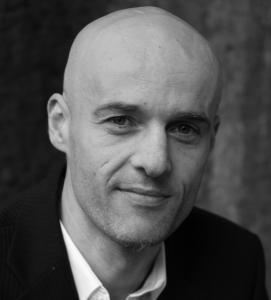