Michael was an Australian Trade Commissioner serving in Saudi Arabia and Indonesia. He joined Morgans in Sydney in 1988. He was Chief Institutional Options Dealer until moving to Brisbane in 1990 as Economist and Strategist. He joined the Board of Morgans Stockbroking in 1996. He became Director of Strategy and Chief Economist in 1998. Michael remained on the Board of Morgans until 2011.

Michael has served on many Queensland Government advisory committees. He was Chairman of the Queensland Food Industry Strategy Committee in 1992, a Member of the Consultative Committee of the Ipswich Development Board in 1993, a Member of the Queensland Tourism Strategy Committee in 1994 and a Member of the Ministerial Advisory Committee on Economic Development in 1997. From 2003 to 2012, he was Chairman of the Advisory Committee of School of Economics and Finance at the Queensland University of Technology. He has been a Governor of the American Chamber of Commerce from 1997 to 2007. In 2008, Michael joined the Board of The City of Brisbane Investment Corporation Pty Ltd. Michael remained on the Board until 2016. Michael joined the Board of Collection House in 2017. Michael was the President of the Economic Society of Australia (Qld) Inc from 2009 to 2013. 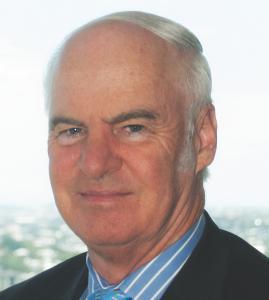