Professor Sheehan has made a substantial contribution since 1994 to studies of the global knowledge economy, and of its Australian and international ramifications. For over two decades he has contributed to the analysis of new technologies and their application in Australia, and to policy and commercial developments, related to the commercialisation of such technologies in Australia.

From 1987 to the late 1990s he was actively involved, as Chairman or Director, in a number of technology-based companies, many of which he was instrumental in establishing during his time in government.

For example, from 1987 to 1993 he was a Director of Australian Medical Research and Development Consortium Ltd (AMRAD) a company with a diversified ownership established to commercialise Australian medical research. In 1988 AMRAD entered into a joint venture with Merck, Sharpe and Dohme to establish a 50/50 joint venture, AMRAD Pharmaceuticals.

In August 2003 he was elected to the position of Academic Co-Chair, APEC Life Sciences Innovation Forum (LSIF) which is chaired by the Deputy Prime Minister of Thailand. The Industry Co-Chair is Dr Fikry Isaac, CMO of Wellness and Prevention at Johnson & Johnson. The establishment of the group is an initiative of President Fox of Mexico and is strongly supported by health, economic and research agencies of the 21 APEC economies and industry. 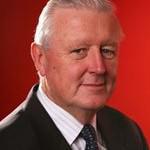