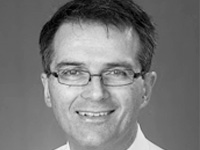 In this month’s ESA Monash Forum poll, we asked the panel whether they agreed or disagreed with the following proposition:

Australia will receive a bigger economic growth dividend in the long-run by spending on education than offering an equivalent amount of money on a tax cut to business.

On the surface, the trade-offs in the proposition are obvious. Spending more on education generates more human capital which is well understood to be a driver of economic growth. Conversely, cutting business taxation will grow the returns to investment in physical capital and thereby drive economic growth. Of course, things are never so simple and the panel provided some interesting insights to the proposition in their detailed responses.

Among those who agreed, the general consensus was that the returns to education spending are high and superior to those available from cutting corporate taxation.

Bruce Chapman noted that “literacy and numeracy skills of the population are the most important contributors to long-run growth. So long as the additional education contributes importantly to these capacities there should be little doubt that expenditure in this area is of the most critical significance.”

Chris Edmond pointed out that a business tax cut offers a “‘one-off’ level effect and so has no long-run growth dividend at all!”, while investment in education “has a very real prospect of increasing the growth rate of real GDP over an extended period.”

James Morely stated that “estimates on returns to education are larger and more precise than estimates on the effects of tax cuts on investment and long-run growth.”

John Quiggin summarised the proposition in a different way.

“Social and private returns to education are higher than marginal returns to business investment.”

And consistent with many panellists, he pointed out that there is ample empirical evidence to support his statement.

This theme, that under a dividend imputation system corporate tax cuts are more likely to benefit international investors in Australian firms, was also put forward by Rana Roy.

An important point on this debate is, what is the education spending going to be used for?

Jeffrey Sheen stated: “In general, appropriate expenditure on education will deliver, and has delivered, significant technological improvements that enhances long-run economic growth and the standard of living.”

This point was also emphasised by those that disagreed with the proposition, including Doug McTaggart, Tony Makin, and Rod Maddock, who stated “I do not expect any payoff from increased educational spending unless there are very significant reforms to the system.”

He also added that tax cuts to businesses, by contrast, are likely to have some impact on investment and growth. However, this may not be a particularly large one - even in the absence of other policy changes.

The theme seemed to be that while benefits from human capital are anticipated, the current system is not assured to deliver higher human capital with more resources. Given that challenge, they seemed more supportive of the potentially smaller but more certain benefits from corporate tax cuts.

A number of panellists were uncertain about the proposition, but again the themes were similar. Improved human capital is likely to drive economic growth but they were not sure that increased education spending was likely to deliver greater human capital.

For example, Lin Crase stated: “Education adds to productivity (amongst others) but that doesn't automatically arise from an increase in spending on education by government. Clearly, it depends on how the money is spent.”

The panellists were in surprising agreement on one important thing, that the challenge facing policy makers in education departments is to work out what is the most effective use of increased education funding. This is clearly an important question that needs to be based on evidence and is the point of a recent Financial Review article by Chris Ryan.

In a similar vein, Tim Dodd discussed a proposal to increase class sizes and use the released funds to invest in different educational programs.

Overall, while the panel overwhelmingly agreed with the proposition, there was a strong theme from both those in agreement and disagreement that improving human capital would enhance innovation and growth but the link between education expenditure and improved human capital is one that needs some careful thought.