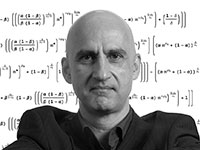 In this month’s poll, the members of the panel were asked whether they agreed or disagreed with the following statement: 'Assuming it is implemented, Brexit will deliver net economic benefits, on average, to U.K. citizens within its first 5 years'.

Out of the 33 respondents, almost 88% either disagreed or strongly disagreed, about 6% agreed, and 6% declared uncertainty.

The overwhelming convergence of views against the proposition is not surprising. The reason is perhaps best summarized by Fabrizio Carmignani who notes that “There is simply no valid economic argument (theoretical or empirical) to support this statement.” Chris Edmond is equally unequivocal: “There is no conceivable scenario under which any form of Brexit will deliver net economic benefits to UK citizens at any horizon, let alone within the next 5 years when the pain of transition is likely to be more pronounced.”

A number of respondents, including Harry Bloch; Max Corden; Uwe Dulleck; Paul Frijters; Geoffrey Kingston; and John Quiggin, argue that the short to medium run losses are likely to be concentrated in the financial sector. Some, such as Max Corden and Paul Frijters, also consider that the housing sector will be hit hard by Brexit. Two distinct sources of such losses are identified. First, given that financial institutions currently based in the UK do most of their business with European countries other than the UK it will be natural for them to choose to operate under EU laws. Hence, there is likely to be an exodus of the headquarters of such institutions from London to other major financial European capitals such as Frankfurt or Dublin. Second, as Lisa Cameron and John Freebairn highlight, the high level of uncertainty that will result from Brexit is likely to dampen foreign investment to the UK as well as aggregate UK demand and both of these forces will act to slow down the economy.

While the question concentrates on the first 5 years post Brexit, many of the respondents who take a bleak view of the short term effects extend the discussion to the likely long term implications. The majority of these, including Kym Anderson; Jeff Borland;  Mardi Dungey; Gigi Foster; Flavio Menezes; and John Piggott, recognize that (unlike the short term effects) the long run implications will depend critically on the nature of the deal that the UK negotiates with the EU. The best case scenario, according to Mardi Dungey, is a “Norway light” type of EU membership where the UK will have virtually all the rights and obligations of EU membership but not a formal EU membership. Flavio Menezes is less optimistic. He notes that “…it is reasonable to assume that the EU will attempt to make the cost [of Brexit] as high as possible to dissuade others from leaving.” For the most part the majority of respondents, including Jeff Borland; Fabrizio Carmignani; Gigi Foster; John Freebairn; Stephen King, Rodney Maddock; John Piggot; and Uwe Dulleck, agree with this latter view as well as with the notion that reduced access to EU markets will be detrimental to the health of the UK economy. Flavio Menezes notes that, according to the OECD, “…the UK GDP [will] be over 3% smaller [after Brexit] than with continued EU membership by 2020.”

Considering that 62.2% of Scotland voted to stay in the EU in the recent referendum and only 55.3% voted to stay in the UK in the 2014 independence referendum, it may be considered that Scotland has a stronger affinity for Europe than the UK. In this light, Lisa Cameron; Chris Edmond; John Piggot; and Hugh Sibly also account the possibility of Scottish independence from the UK (so that Scotland can remain in the EU) as another potential negative long-term implication of Brexit.

I conclude with the thoughts of David Butler who is one of only two out of 33 respondents that agree with the proposition. According to Butler, the UK will benefit from a devaluation of the pound that will make exports competitive and from relinquishing the obligation to contribute to the EU budget. Butler discounts the possibility that the UK will have limited access to EU markets. He considers that the EU will not impose sanctions on the UK which will have negative implications not only on the UK but also on the EU itself. This is in contrast with Chris Edmond’s view (discussed earlier) that the larger priority of the EU is to ensure its own survival by penalizing the UK sufficiently so as to discourage other member nations from exit.