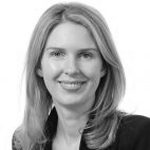 By Danielle Wood (Chair of the Women in Economics Network, Economic Society of Australia).

Proposition 1: Slowing the growth in the debt to GDP ratio should be a priority for Australian governments.

Proposition 2: Slowing the growth in the debt to GDP ratio is a higher priority than income or corporate tax cuts.

When the Treasurer delivers the federal budget on Tuesday night, the eyes of the nation will be on the government’s finances.

Will the government have a credible path back to surplus after nine years of deficits? Will we see a turnaround in the growth in net government debt currently forecast to reach as high as 19.2 per cent of GDP in 2018-19?

Or will the Treasurer prioritise cuts to income and company taxes over reducing the deficit and paying down debt?

These are important economic decisions. So what do some of Australia’s leading economists think?

A majority of the 29 respondents to this month’s National Economic Poll (the Poll) think slowing the growth in debt should be a priority.

And just shy of a majority think it is a bigger priority than income or company tax cuts. Among those who disagree, a common theme is that growing debt is less important if the spending is being used to fund productive infrastructure.

Here are the results in more detail:

A majority (55 per cent) of respondents to the Poll agreed or strongly agreed that slowing the growth in net debt as a share of the economy should be a priority.

Some noted the importance of the government having enough space to be able to respond in the event of a future economic downturn (Freebairn, Nowak).

Others were particularly concerned about how interest repayments – currently around $13.4 billion a year – might increase with an increase in world interest rates (Makin) or if Australia were to lose its AAA credit rating (Knox).

John Freebairn noted that longer-term structural pressures on the budget, including the aging population, unfunded National Disability Scheme, and growing education and defence, bolster the case for prioritising action on the debt.

But just over a third (34.5 per cent) of respondents disagreed or strongly disagreed with the proposition that slowing growth in debt was important in the current economic environment.

Many of these (and some other respondents) noted that government debt to GDP in Australia is low compared to similar developed economies (Sheen, Piggot, Cameron, Bloch), and below the level where we would be concerned that debt might slow economic growth (Carmignani) or put upward pressure on the interest rates for government borrowing (Roy).

The most common reason respondents disagreed was that they believed it could be worthwhile for governments to borrow more to invest in productive infrastructure (or skills), particularly when interest rates are low (Dulleck, Quiggin, Vespignani, Abelson, Bloch).

But interestingly, none of the panellists speculated about the likelihood that the money would be used in this way, although Rana Roy noted that much of the accumulated debt to date had been used to fund recurrent expenditure.

The second proposition – prioritising slowing growth in debt over income and company taxes – elicited a wider range of views.

The biggest group of respondents (44.8 per cent) thought that slowing the growth in the debt to GDP ratio should be the priority over income or company tax cuts.

Some of the 37.7 per cent who disagreed noted that cuts to spending would also slow the growth in net debt while allowing tax cuts (Makin, Roy).

Some respondents – whether they agreed or disagreed with the proposition – noted that income tax cuts were a priority over company tax cuts (Eslake, Sheen, Abelson, Roy), but others stressed the need for company tax cuts (Makin, Vespignani, Kingston, Knox).

The results of this poll provide an interesting insight into the diversity of views in the economics profession about public finance.

A solid majority support what I would call a fiscally prudent approach: either slowing growth in debt as a share of the economy or only supporting new debt where it is for a productive spending that will later yield an economic dividend.

But views on taxes – whether they should be reduced at all and whether income or company tax cuts are the bigger priority – are far more contested.

I suspect we would elicit much stronger levels of agreement on questions of changing the tax mix to improve economic efficiency. But that might be a question for another Poll.