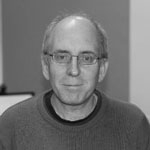 We polled ESA panelists on this question:

"In response to energy shortages around Australia, government policies requiring gas producers to reserve some production for domestic consumption are a good way to ensure that Australian consumers have access to sufficient gas supplies while still allowing for gas exports."

A common theme in many of the arguments of those that disagree with the policy is that the appropriate response to rising gas prices overseas is to let the domestic price rise and firms and households work out the best way to adjust to higher prices – that is, let the ‘invisible hand’ work. In the longer run extra gas supplies would emerge (either from exploration or redirected from exports) and consumers would switch to other sources or reduce their demand for energy. A domestic gas reservation would suppress domestic prices.

Suppressing domestic prices would delay this adjustment and distort consumption, investment and trade. A more detailed critique is provided by Stephen King who suggests the policy would be ineffective if applied to new developments and highlights additional costs if imposed on existing developments.

Janine Dixon notes the analysis by Kelly Neill and colleagues on the losses from the WA experience. (See Neill’s forthcoming and freely downloadable paper in Economic Papers for more details http://onlinelibrary.wiley.com/doi/10.1111/1759-3441.12166/full. She also notes earlier critiques by the Bureau of Resource and Energy Economics and the Productivity Commission amongst others). These arguments all draw on a classic microeconomic analysis of the problem. And several of those arguing in favour of the proposal acknowledged these arguments.

Two common themes arise among those who agreed with the statement. First, a number of panellists highlight the risks and potential costs, including adjustment costs, to consumers (household and firms) from gas shortages and higher prices. Rana Roy provides the most specific examples of this. And Rod Maddock, although disagreeing with the proposal, also noted these. Second, it is argued that either prices are not reliable signals or that there are other problems with the gas market.

Several panelists, who agreed, disagreed or were uncertain about the proposal, noted that in the short run the domestic gas price could exceed the export price. Harry Bloch and Saul Eslake noted though that a domestic gas reservation was a second best policy compared to other policies that would yield a better functioning gas market.

By considering adjustment costs, not usually considered in standard analyses, or arguing the market isn’t working, it is argued that the conclusions from a classic microeconomic analysis aren’t as applicable. The size of adjustment costs is ultimately an empirical question. The cuts to supply following the Longford Gas Plant accident in 1998 could provide some information on this though a quick search Google Scholar suggests there hasn’t been a formal analysis of this. Were the months of gas restrictions followed by an upward movement in health problems or plant closures? This would be a good topic for an honours or masters mini-thesis.

The argument that the market isn’t working probably needs to be spelled out in more detail. This includes whether a short-run price gap resulting from contracting results in an inefficient outcome that could be addressed by policy.

Finally, several panelists noted other issues around the gas and energy sectors, such as exploration restrictions and the absence of a resource rent and carbon taxes. The significance of the former is also an empirical question and the link between the latter and the economic issues around potential shortages also needs to be more fully developed.

Go back to the latest poll.