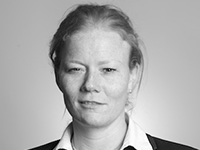 This month’s poll drew attention to the broadly held view that it is, as put by one respondent, “highly unlikely imports of services from Australia will compensate adequately for the ongoing fall in Australian resource exports to China.” This new era of China-Australia economic ties, as one respondent summarised, will not provide a terms of trade surge nor significant investment stimulus, and only a modest acceleration in services production. Overall, 61% of respondents agreed or strongly agree with the proposal, while 27% disagreed or strongly disagreed. The comments discussed below proved interesting and tempered the claims of a windfall from services trade.

Respondents proposed education, tourism and financial services were the areas likely to experience the greatest demand growth from China’s new phase of consumer driven growth. The consensus, however, was that even increased demand for such services would at best offer a small windfall relative to that enjoyed as a result of the commodities boom. The main reason for respondent’s expectations of modest gains was international competition in services provision and Australia’s low market share in global services trade. In exporting iron ore to China, Australia enjoyed an unmatchable competitive advantage. In contrast, education, tourism and financial services are provided in internationally competitive markets where proximity to the destination market is less of an advantage. Hence, while there are immense growth prospects, respondents were in general unwilling to characterise them as windfall opportunities.

Respondents suggested tourism has the best prospects of generating a China driven windfall for Australia. One respondent believed that a greater number of Chinese tourist arrivals are “pretty much guaranteed”. Another respondent for example noted that Australia is considered to be a physically safe environment by Chinese tourists. In addition, Australia is the only Western/English-speaking country sharing a time zone with China, offering jet lag free travel. Opposite seasons for tourism, alongside unique environments, wildlife etc. make Australia an attractive destination for Chinese tourists. In addition, most middle class Chinese know someone working/living/having emigrated from China to Australia.

By comparison, growth of the education market will be constrained by the limits of Chinese demand, and by the need to maintain standards in education services provision in Australia; one respondent suggested Australia may be near the boundaries already. The importance of such factors was highlighted by the release of the 2016 QS University rankings. This year Peking University was a rank ahead of Australia’s best-placed university, the University of Melbourne. This was a first for a mainland Chinese university. Another respondent noted a consistent observation that the best students in China are likely to increasingly be educated at home, detracting from growth opportunities. Moreover, China is now spending vast and rising sums on R&D and its university sector is forging international research partnerships at an extraordinary rate. It is also positioning itself to become a hub for fee-paying international students. The education sector in Australia will need to re-think its underlying comparative advantages and also look to new market markets beyond China.

Fewer respondents mentioned health sector opportunities. One person however noted that the scale of health sector opportunities emerging in China are so large that they would require a new approach to collaboration within the Australian health services industry. That is, domestic consortiums would need to be forged to be able to realise the scale required to win bids in China. Ideas for maximising possibilities related to a recent partnership signed by the Premier’s office and the China National Commission of Health and Family Planning did not come up in any survey results. Only one respondent noted the potential new markets that might emerge as a result of the China-Australia FTA. Institutionally, the recent health cooperation agreement signed between Victoria and China (which makes Victoria the leading implementation partner of China’s health reforms) indicates, Australia’s ‘mixed-model’ (public-private) health system also offers China a preferred reference point for its own institutional development.

China’s expanding outbound push along the Silk Road, especially but not exclusively in mining sector in Africa, utilises Western Australian legal institutions and Australian-based law firms. These trends suggest Australia should not only regard China services-related opportunities as an in-China story alone, but rather an opportunity that may lead into third markets.

In 2013, Garnaut wrote in his book ‘Dog Days’ that Australia needs “the hair of the dog” to recover from an almighty economic hangover. One respondent also noted that Australia should be ready for China itself to suffer a hangover, for China itself has guarantees of growth. Ultimately however, our panellists were optimistic that China’s growth would offer opportunities for Australian business albeit at rates of return tempered by international competition, rather than the windfalls experienced in the commodities boom of the last decade.