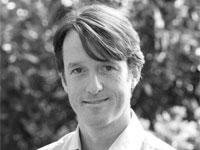 Despite frequent claims of sport being such an intricate part of Australia's social fabric and culture, there's not a lot of love for this month's Forum poll proposition. In fact, no panellists (out of 25) 'strongly agree' and only three 'agree' that: "government investments in major sporting events usually generate net benefits for the city or region where the investment is made".

Even more indicting for the proposition, those who agreed nevertheless noted reservations. Geoff Kingston committed a low level of confidence, saying that more information was needed; while Rod Maddock (among others) noted both that expenditures tend to substitute from other sectors (rather than be new) and that there are likely to be better uses of taxpayers' money.

The underwhelming view, by this broad cross-section of economists, is very much consistent with the collective view of the vast majority of top sports economists – many of whom came into the field by way of public economics. The overwhelming view in the literature is that the returns from using the public purse to fund investment in sport are all too often negative, or at best very low – certainly far below what is claimed ex-ante by the industry lobby groups and other 'boosters' of the event bid (…or stadium…or team). This is true even in the case of 'sports-mad' Australia – see Giesecke and Madden (2011) and Lenten (2009), who both give a colossal thumbs-down to (mega-events) – specifically, the Sydney Olympics and FIFA World Cup bids, respectively.

However, the majority (13) actually cast their vote as 'uncertain', meaning that the 'disagrees' and 'strongly disagrees' were not as dominant as might be expected. Part of this has to do with some potential ambiguity in the way the proposition was framed; as noted by John Quiggin, Warwick McKibbin and Flavio Menezes. In this overview, I have chosen to interpret it in the general 'spirit' of the proposition, in trying to relay the panellists' various views, as well as sticking purely to events.

Back to the 'negative' view, panellists expressed a variety of valid claims, not mentioned already, to back up their views. These included: (i) bidding for events often means buying from a monopolist who will rent-seek the public benefit away (eg. Stephen King); (ii) evidence from majority of cases of past mega-events (eg. Brian Dollery and Hugh Sibly); and (iii) political considerations. In addition, Lisa Cameron notes that the direct benefits are difficult to estimate precisely (I would add to this difficulty that much of the supposed benefits are indirect). The panellists did miss a few other key concepts entirely, such as the 'all-or-nothing' nature of bidding (ie. quantity is either zero or one) and the 'winner's curse' element.

Ultimately, our panellists overall have not been persuaded by any love of sports they may have into giving so-called government 'investment' in sports a superfluously rosy assessment. Rather, they have evaluated the proposition on its merits, predominantly to the negative. However, Peter Sheehan did qualify the event-specific nature of this problem – that with reference to Melbourne as an example, the Australian Open (tennis) delivers far better 'bang-for-buck' than the Australian F1 Grand Prix.