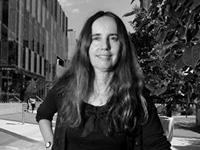 Most respondents from the 'inefficient' camp, did not give reasons. However, three people, Kevin Davis, Geoff Kingston and James Morley stated that they considered unfettered market outcomes to be superior to any selective incentives from Government. In short, selective subsidies merely encourage low quality investments. By contrast, Gigi Foster was mainly concerned about opening the tax system to yet more tax loopholes - far better, she claimed, to support innovation through direct competitive grant programs and other tournaments, subsidized job fairs and other contact-making events.

In the 'efficient' camp, Harry Bloch pointed out that standard economic theory cannot be use to judge the efficiency of this policy. Investments in technology and start-up businesses are plagued with fundamental uncertainty, asymmetric information, moral hazard and underdeveloped markets, which are typically assumed away in conventional theory. As such, this theory provides no scientific basis for assessing the efficiency of tax incentives for such investments. John Piggott took a more pragmatic view and said that at a modest scale, support for start-ups may well yield success stories that will more than compensate for the public investment involved.

Rod Maddock, Michael Knox, Peter Abelson and Uwe Dulleck spoke of the need to change the investment culture in Australia and the need to build expertise in understanding innovation. Knox claimed that we need to support a new financial intermediation expertise as well as an increased volume of start-up funds. Dulleck argued for the need to change the innovation culture in Australia and therefore increase efficiency in how the Australian economy operates. For both men, these tax breaks pointed in the right direction. Although supporting selective tax breaks on average, Tony Makin argued that the cost should be fully offset by cuts to less efficient forms of industry assistance.

Rod Maddock, Stephen King and Flavio Menezes were uncertain. Flavio Menezes believed the problem with start-ups is collaborators inability to monitor each other's efforts and hence the undersupply of commitment to the project. Hence, tax breaks may not go to the heart of the problem. Stephen King thought that although it might be desirable to have well targeted incentives for risky investment, it is not clear that this policy is well targeted and therefore addresses the key problem. It may be bankruptcy laws that are the problem rather than access to capital. Matthew Butlin, Margaret Nowak and Fabrizio Carmignani argued that it depended on how the tax breaks were designed.

In sum, the diversity of views highlights the lack of clear theory in the areas of innovation economics and Australian economists paucity of knowledge about relevant empirical studies.