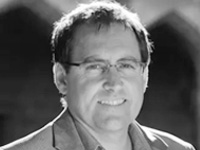 Immigration is a controversial issue in the Australian community. Social factors and moral considerations loom large in public discussions of the level and composition of the immigration intake, but there is also considerable debate over immigration’s economic costs and benefits.

This month’s poll essentially required the panel to assess the economic argument for Australia’s immigration program. Panel members were presented with the statement 'The total benefit of current levels of migration to Australia will outweigh the total costs to Australia's economy.'

Of the 29 who responded, 10 strongly agreed, 15 agreed, 2 were uncertain and 2 disagreed. No one strongly disagreed. There is therefore a high degree of support for the view that current levels of Australian immigration will produce a net economic benefit to Australia.

The statement presented to panel members does not explicitly mention the current composition of immigration. While most panel members probably took it as implied that the current composition of Australia’s immigration be assumed, a number of them raised the issue. Paul Frijters, Flavio Menezes, Gig Foster and Peter Abelson all note that immigrants to Australia are relatively skilled, which increases the likelihood of a net economic benefit; while Jeffrey Sheen, Tony Makin, John Freebairn and Matthew Butlin make clear (implicitly or explicitly) that the extent of their agreement with the statement is contingent on immigrants being predominately skilled, young and/or healthy.

In addition to composition, several other factors were raised by panel members as relevant to their assessment. Max Corden, John Freebairn, David Butler, Kevin Davis and Nigel Stapledon argue that additional public infrastructure investment commensurate with population growth induced by immigration is important. Some respondents also mentioned social, cultural and moral factors as being important to the view they take.

Panel member comments indicated some ambiguity around the economic costs and benefits to be considered. Most respondents seemed to interpret the question as requiring an assessment of whether the economic wellbeing of existing Australian residents was on average higher as a result of immigration. However, Rana Roy and Kevin Davis mention the economic benefits accruing to the immigrants themselves as being a relevant consideration. Rana Roy further notes that there could be both winners and losers among the incumbent population. Distributional implications are also noted by Mardi Dungey.

There was relatively little comment on the mechanisms by which immigration could impact on the economic wellbeing of the Australian population. Rodney Maddock points to increased economies of scale and scope as a result of a higher population, while Lisa Cameron and Max Corden argue effects on aggregate demand ultimately act to increase economic wellbeing of the broader population. Paul Frijters and Flavio Menezes further note that Australia benefits from, and does not pay for, the education of immigrants that was undertaken prior to arrival in Australia.

Finally, and somewhat less seriously, there appears to be a weak positive correlation between the panel member’s immigrant status and the extent of agreement with the statement. Assigning each panel member a score from 1 (strongly disagree) to 5 (strongly agree), we get a correlation coefficient with immigrant status (based on educated guesses) of 0.2. Nonetheless, even among non-immigrants on the panel, 83% either agreed or strongly agreed that Australia’s immigration program delivers net economic benefits.