Overview of this month's poll results by Professor Bruce Chapman 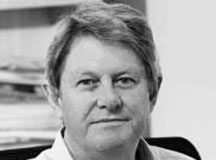 This brief offers commentary on the second issue raised for consideration by the Economics Society of Australia Panel of Experts and is related to Sunday penalty rates. Specifically, members of the panel were asked their views with respect to the following statement:

Aligning Sunday penalty rates for hospitality, entertainment and retailing industries with the current levels for Saturday, as proposed in the Productivity Commission's draft report, will lead to more employment and greater availability of services on Sundays.

To put this in context we begin by considering both conceptual and empirical matters related to the issue. This is followed with a précis of the main survey results.

1. Theoretical effects of penalty rates on employment and availability of services

A decrease in Sunday penalty rates in the retail, entertainment or hospitality industries could affect employment in those industries in two ways. First, there is a substitution effect which takes the following form. The decrease in wages implies a fall in the relative cost of hired workers compared to capital or to firms' owners supplying their own labour. This may induce the firms to hire extra labour in place of other inputs.

Second, there is a scale effect which is as follows.  Lower wages will imply lower costs of production for firms, and these will be at least partly passed on to consumers via lower prices.  Lower prices cause an increase in sales, which will induce firms to hire extra workers. The reduction in costs and increase in potential sales will likely also raise the potential and actual profits earned by a firm choosing to open on Sundays. For some this scale effect will imply the prospect of higher profits encouraging extra firms to open on Sundays.

Of course, this is just the effect on employment in industries that are directly affected by the reduction in penalty rates. However, while output and employment rise in those industries, there are also likely to be negative spill-over effects for employment in other sectors. For example, if households are buying extra food at restaurants on Sundays, they may be buying less food at the supermarket to prepare at home, so there will be less employment at supermarkets. While the survey statement concerns the effects of changing penalty rates in the particular industry affected, the overall effect on employment and service availability depends on the relative size of both the direct and these spill-over effects.

2. Will penalty rates cause a decrease in wages?

For a reduction in Sunday penalty rates to matter it needs to translate into a decrease in wages. This relies on some part of the penalty rate being a regulatory imposition above the market minimum wage at which workers are willing to supply their labour on Sunday since otherwise the removal of penalty rates regulations will not affect wage outcomes. Hence, the size of the premium that workers need to be willing to work on Sunday is a key empirical issue in judging the effects of reducing penalty rates.

3. How much more employment and extra services?

The Productivity Commission asserts that "…as there is a significant differential between Saturday and Sunday penalty rates, their greater alignment is highly likely to have sizable employment effects" (p.522). An alternative perspective proceeds from the fact that the proposed reduction in penalty rates will only decrease wages on one day out of the seven days over which firms in the retail and hospitality industries operate.  So in considering, for example, whether a firm will substitute hired labour for capital, it needs to be recognised that the reduction in the average weekly cost of labour compared to capital will only be one-seventh of the reduction in penalty rates.

In the same vein, in thinking about how much extra weekly profit a cafe can earn by now opening on a Sunday, it's necessary to take into account whether some of its Sunday customers might simply be switching their spending at the café from another day of the week. The survey statement does not take these sort of substitutions into account.

The survey results in summary

There are three notable aspects of the results of the survey. First, the vast majority (about 80 per cent) of respondents agreed or strongly agreed with the statement, with the following pie chart illustrating the distribution of responses. Of the remaining respondents (about 20 per cent) half of them were 'uncertain' (neither agree nor disagree) with many commenting on the complexities and the need to know more.

Second, the degree of belief of respondents in their view was very considerable, with over 75 per cent recording a confidence score out of 10 that was 8 or higher. It should be noted however that one of these registered a very high degree of confidence that she didn't know!

Third, reflecting the kinds of complexities raised in the conceptual discussion, a significant minority of respondents noted that the question was quite limited because of the focus on Sunday effects only. The fact of substitution consequences was raised with respect to non-Sunday consumption effects or with respect to alternative purchases.