Proposition: "Pricing of road-use for electric vehicles should be the same as fossil fuel-powered vehicles."

The luxury car tax of 33 per cent commences at a higher level of car price for electric cars than for other vehicles ($75,526 versus $65,094). Electric cars made by Tesla can cost $150,000 to $200,000. Some Australian states and territories offer discounts on stamp duty and on car registration for electric cars which are not offered to other cars.

Electric cars are powered by batteries which can be recharged through plugging into electricity sources, such as from vehicle power stations using electricity supplied from the national electricity grid.

The petrol consumption of cars varies with a number of factors not directly related to road use, including the age and condition of the vehicle, the size of the car and the type of car used.

Collaborator credits: we would like to thank Margaret Arblaster for her assistance in framing this poll question and for her expert overview of the results. 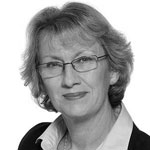 Electric car use in Australia has been slowly growing on the back of global usage trends, media interest and increased consumer awareness.

The International Energy Agency argues for fiscal incentives to encourage electric vehicle purchase, as well as complementary measures that reduce the cost of driving them. Australia’s Electric Vehicle Council has also argued for tax breaks.