The coming of age of behavioural economics 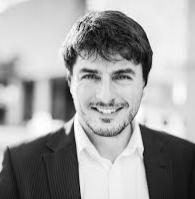 Just 15 years ago, as I was starting my PhD, behavioural economics was an area on the fringe of the economics discipline. At that time the words "but you are assuming that agents are irrational" were uttered to discourage curious PhD students from venturing away from the axiomatic canons of the mainstream. The behavioural revolution was already under way though. The award of the 2002 Nobel Prize became a critical milestone conferring a lot of academic respectability to behavioural economics. Since then, its importance and impact have grown very rapidly. In 2016, both the most recent Presidents of the American Economic Association are behavioural economists, and in the USA, UK and now Australia, governments are looking to harness insights from behavioural economics when designing policies.

The result of this poll reflects this evolution. The panel members almost unanimously support the statement that "Behavioural economics provides new and useful insights into individual behaviour." With the exception of Joaquin Vespignani who opted for the option "uncertain", all respondents either agreed (21) or strongly agreed (12). This consensus is striking. Behavioural economics has become recognised by economists of all areas as useful. It is worth noting that this consensus may also reflect the particular situation in Australia. Over the last 10 years, Australia has attracted a large number of behavioural/experimental economists, both junior and senior. Almost all major universities have behavioural/experimental researchers/groups. This community is vibrant and makes Australia a great place to work in behavioural economics.

Being considered seriously certainly does not mean that behavioural economics should benefit from an uncritical acceptance. As Ben Parker said, with great power comes great responsibility. It is therefore normal for our profession to question the claims made by behavioural economists. Among those, one of them stands out particularly: the idea that agents can be nudged into making better decision for themselves and that it is a tool governments can use (at a low cost) to increase social welfare. The success of Thaler and Sunstein's book has made the concept of "nudge" very popular, as well as the idea of a "libertarian paternalism". Faced with a popular success, behavioural economists have now to answer a few questions: does it really work as much as it is claimed? Is it desirable? Is it really important?

The second poll question addresses directly the issue of desirability: "Is it unethical for governments to use behavioural economics to "nudge" citizens?" Here there is no consensus. A majority of members focus on the positives: improving the choices of agents without constraining them. However, several notable members think it is unethical (Saul Eslake, Rodney Maddock, Geoffrey Kingston, Matthew Butlin). And a few others are uncertain (Joaquin Vespignani, Tony Makin, Peter Abelson). Furthermore, the comments from all members expose the questions behavioural economists have to address.

A few respondents suggest that the nudge approach cannot escape a key insight from public choice: can we really assume that the government knows better and acts for the best? If the government is not akin to a well informed benevolent planner when designing policies affecting our incentives (e.g. taxes), should we necessarily trust it to design policies affecting our psychology? As suggested by Rodney Maddock, Geoffrey Kingston, Doug McTaggart, Flavio Menezes, Gigi Foster, Matthew Butlin, not necessarily.

The nudge approach raises another fundamental problem: who decides what is a good decision? In many cases, nudges are just used by governments as a way to get citizens to do what the government wants (e.g. pay tax). In such cases nudges are another tool besides traditional incentives (Lisa Cameron, Harry Bloch, Doug McTaggart, Flavio Menezes, Jeff Borland). What is good is what the elected government wishes to achieve. The democratic debate gives some legitimacy to the government in such cases.

However, nudges are also conceived as a way to help agents make better decisions for themselves (e.g. diet, pension). As stressed by Rodney Maddock, economics relies on core principles such as Pareto efficiency where economists tried to avoid making subjective judgments about what is good by agreeing on minimalist criteria. Another one of these principles is that economists do not judge the content of agents' preferences, just their coherence. Given some coherent (i.e. rational) preferences, the economist can advise an agent about the best way to reach his/her preferred option. The economist does not need a definition of "goodness" guiding his/her advice. What is good for the agent is what the agent wants. Behavioural economics breaks this picture by proposing a world where agents do not necessarily know what they want, where what they want depends on how the choices are presented, and where they can change their mind. In that new conceptual world, behavioural economists have to be explicit about what they identify as being good which is something different from what the agent wants at the time of decision.

Several members' answers stress that an advantage of the nudge approach is that it only changes the choice architecture, not the choice set (David Butler, Hugh Sibly, Michael Knox). The freedom of the agent is left unchanged and it alleviates ethical concerns. This is the "soft" aspect of the libertarian paternalism. Unfortunately, if the government can influence people's choices for their own good, then we need to know how the government defines what is good for the citizens. Uwe Dulleck gives an example of situation where an agent is clearly leaving money on the table. Such situations suggest an easy way to identify "better choices" for the agents. Unfortunately most choice situations involve trade-offs and do not offer an easy answer. As a consequence, behavioural economists have to face the fact that the paternalism in the nudge approach will lie on unclear moral grounds until they are explicit about how they define what is good for a (behavioural) agent.

Finally, the success of the Nudge approach has to be put in context. Paul Frijters relativises the importance of this approach. To him "Nudge" is a distraction from bigger challenges for behavioural economics, it is "a term that gives some people a foot into the policy door by pretending they can solve big problems by non-invasive means." While his words may be harsh it is true that the level of expectation raised by the nudge approach may be too high, and that it should not lead economists or governments to forget the importance of traditional economic insights about incentives.

To conclude, this poll shows that behavioural economics is now well accepted and, as Jeff Borland puts it "a valuable addition to the tools economists have". It also shows a large degree of support for the nudge approach even though members of the panel point to a range of caveats and limitations to this approach. Looking forward, behavioural economists may want to follow Paul Frijters' advice and "eye a much larger territory than that" in the domain of policy making.